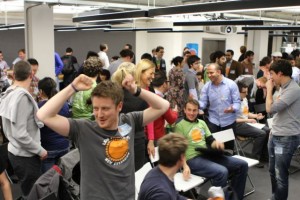 I have read over a thousand pitch decks from start-up edtech companies. Less than 1% met my personal tests for investability. Not one covered two specific issues that should be important to investors from every sector, namely:

Technical Debt is simply a calculation of the cost of rebuilding  the current stack of technologies used by an early stage business  so that it can scale. In edtech, a great example is Oak National Academy, one of the few educational success stories of the Covid 19 crisis. ONA was built as a Minimum Viable Product (MVP) in just seven days by volunteers using WordPress; since then it has delivered twice as many lessons as BBC Bitesize. This has been around for 20 years with at least £200m funding; it uses a lot of sophisticated tech like Cerego’s ‘AI-driven learning platform and data insights’. By week 16 ONA’s offering has been completely rebuilt using a much bigger tech stack that includes; reactjs, Slack, Cloudflare, Vimeo, Detectify, Atlassian and several Google products. Since it started ONA has received (or will) £4.6m from England’s Department for Education (DfE). This has led to howls of outrage from many in the edtech and particularly the academic edu communities, most of which seems to be ill-informed, vitriolic and often plain jealous. To put this in perspective, £4.6m is less than 0.009% of what the DfE spend on K12 education and about 0.5% of what it’s cost (from outside the edu budget) to pay for one year of the 10% pension increase given to teachers in England.

As a charity run by volunteers, I think it’s a reasonable estimate that 75% of the £4.6m will be the cost of ONA’s Technical Debt – the cost to make the tech stack fully functional, scalable, secure and sustainable.

When companies pitch their business they should include a serious estimate of Technical Debt. I’d also argue it should be reflected in their balance sheet. Current accounting conventions allow companies to make some overegged valuations on their Intangible Assets but don’t mandate their disclosure if they have any Technical Debt, which is a very real liability.

So when reading a pitch and talking to founders (or their spruikers) ask about Technical Debt, how much, how it’s calculated, etc. and if the answer isn’t robust (an arbitrary measure) then it should be a serious redlight to investment. One real weakness in any calculation comes down to the extensive use of code libraries in all tech development. A key channel is the open source library Github (owned by Microsoft) where most products now use  hundreds if not thousands of libraries, some of which have been compromised with malicious code that’s easy to insert and difficult to identify using endpoint detection and response (EDR) systems. An interesting example of this was the Octopus Scanner that CyberScoop recently wrote about.

The same applies to any company’s tech team with the crucial issue being are they high performing? This applies to both early stage companies all the way to Series A and beyond. I have seen many companies, especially in the edtech space, build tech teams who were as much a drag on the business as they were key to its possible success. Outsourcing tech development may be a pragmatic solution to MVP but beyond that (and even to MVP) I doubt it’s a good idea. Firstly, every company is now a tech company and managing the risk depends on having talented people in both tech development and at a senior decision-making level. If founders can’t manage a tech team without being bamboozled or outright lied to then the business is unlikely to survive, let alone thrive. In edtech the worst examples tend to be seen when discussing AI, which is often pitched as a ‘black box’ too complex for users, investors and founders to understand.

A potential investor should try to get an independent measure of whether the tech team is high performing or not. Pitch decks and presentations can’t show this but it’s a risk that smart investors try to quantify. I have been discussing this at length with Mark Gilchrist, a talented contract programmer and an old friend. Mark’s career has been varied, from a 1st in Chemistry from Durham, through a game pie and specialised catering business and eventually coding. Mark has a low threshold for fools, spin and cant and whilst often controversial I value his thinking highly. Having worked on contracts for several well-known London tech companies, Mark’s view is that most of them  have low performing teams and cultures that negatively impact the company, its operations, products and ultimately the investors. He can give many examples but a common theme is that most tech ‘teams’ are made up of a director with no real tech knowledge,  run by one or two managers whose tech skills make them minimally qualified compared to their team of contractors. What this tends to create is a low performing tech culture where managers seek to protect and reinforce their positions by ignoring the advice of contractors, then blaming and replacing them for the shortcomings in the core technical stack. This failure is abetted by the directors who rely on the managers rather than having an open culture that includes listening to contractors. The fact that any company (tech or otherwise) relies on contractors is a bad sign, a separate but related issue to cover another time.

How to look at whether a team is high performing is tricky. I can only think of two ways (there are sure to be more). The first is to put your own programmer into the team as a ‘secret shopper’, something that would only be feasible, ethical or legal) with the support of the top management. Second would be to have the founders pay for an independent review by an external entity. This already happens but only infrequently and I have never seen it in an edtech pitch deck (even at Series A). The cost need not be prohibitive but it shouldn’t be done with a minimum bid ethos.

After speaking with a friend who works for an international legal firm who do a lot of edtech work, they estimated their clients spent between 0.75% to 1.5% per US$1m on legal due diligence, but zero on tech assessment. In UK numbers that equated to spending £6-12k on legals per £1m and even if you doubled this to include a tech assessment it isn’t going to get you a very deep dive into the tech stack of any company, even a startup. And even if you do it , who should pay? Prospective investors seems a remote possibility unless they are a fund; even then unless they are putting in over £300k I doubt many would want to pay for this by themselves. An alternative is that the company seeking to raise the round pay for it and offer it as part of their disclosure documents to investors (after securing an NDA). I favour the latter but have yet to convince any edtech companies or investors to actually do it which may indicate that I’m a bad salesman, my thesis is weak or it’s a combination of these shortcomings!

In any event, both founders and investors in early stage tech companies should think about these issues before investing. They may not be headline news but they are fundamental to the success of both sides of the equation.

Month 4 of Covid 19’s impact on the UK education sector.Apropos of nothing?